Cookie preferences
This website uses cookies, which are necessary for the technical operation of the website and are always set. Other cookies, which increase the comfort when using this website, are used for direct advertising or to facilitate interaction with other websites and social networks, are only set with your consent.
Configuration
Technically required
These cookies are necessary for the basic functions of the shop.
"Allow all cookies" cookie
"Decline all cookies" cookie
CSRF token
Cookie preferences
Currency change
Customer recognition
Customer-specific caching
Individual prices
PayPal payments
Selected shop
Session
nimbits netswitcher
Comfort functions
These cookies are used to make the shopping experience even more appealing, for example for the recognition of the visitor.
Wish list
Statistics & Tracking
Affiliate program
Google Tag Manager
Track device being used
Categories
Information 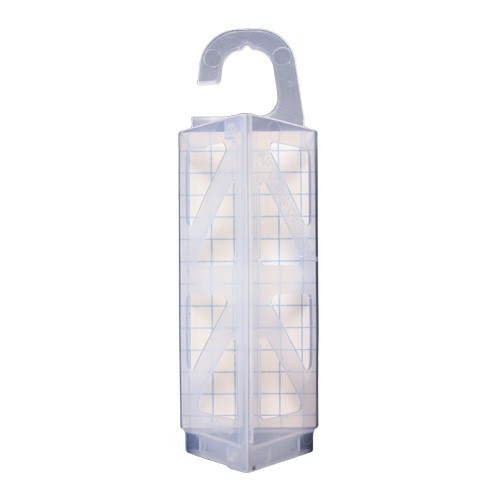 The AF Demi Diamond Monitor is a versatile, hanging flying insect monitoring station made of transparent, durable plastic. Several entrances allow insects to enter the monitor easily. The trap itself doesn't contain any insect attractant. It needs to be equiped with AF Demi Diamond Glue Pads and special pheromones, as described below:

Price per pack of 5 pcs.

This website uses cookies, which are necessary for the technical operation of the website and are always set. Other cookies, which increase the usability of this website, serve for direct advertising or simplify interaction with other websites and social networks, will only be used with your consent. More information
Decline Accept all Configure
Show prices with or without vat?
To show you relevant prices please select if your purchase will be private or commercial.
Please select:
net view
Show prices without vat
gross view
Show prices including vat